It is the young people of today who are demanding greater action from governments to fight climate change and tackle environmental issues. Engaging youth in environmental protection not only creates direct impact on changing youth behaviours and attitudes but can influence country-wide change. UK Youth for Nature is the UK’s leading youth-led network calling on politicians and governments of the UK to take urgent action and tackle the loss of nature. Jazz Ghataora, a PhD student at the University of Bath is investigating methods to monitor and remove heavy metal pollutants from rivers and lakes.

Jazz has written for the River Action blog about the problems facing our rivers and what UK Youth for Nature is doing in 2021 to help save them!… 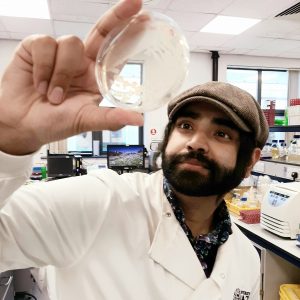 Rivers are an integral part of the UK landscape, with water systems offering refuge for countless UK residents as well as many of our beloved wildlife species, including kingfishers, otters and salmon. However, the health of many beloved rivers which were once a source of natural beauty is declining at an alarming rate because of pollution from variety of anthropogenic activities.

Given the nature of a variety of chemical pollutants, many of them persist in the environment for considerable amounts of time. Endocrine disruptors and even toxic heavy metals have the potential to wreak havoc on human health for decades if matters are not addressed.

“Clearly not enough is being done at an effective rate by both government and local water suppliers to mitigate these issues”.

Despite the introduction of the 2014 UK Water Act and river clean up initiatives to remediate rivers such as the metal-polluted River Nent, there is not enough action to prevent this pressing environmental crisis. This is exemplified in a 2017 study by the World Wildlife Fund which identified that over 80% of UK rivers had substandard ecological status and are ravaged by direct pollution from sewage release. The extent of this gradual decline of UK river quality over time was then further illustrated by a September 2020 report by the Guardian which subsequently revealed that no English river has achieved a good chemical status.

Clearly not enough is being done at an effective rate by both government and local water suppliers to mitigate these issues. The lack of political will power and cuts to environmental agency budgets are just a few examples of the neglect at the governmental level.

This year, UK Youth for Nature has been running its #DeadInTheWater campaign. We are aiming to raise awareness and to apply direct pressure on the governments of the UK to invest in better sewage infrastructure, properly enforce regulation against polluters, tackle pollution at source, particularly from water companies and intensive agriculture such as industrial poultry sheds and seek nature-based solutions in order to rectify this urgent environmental crisis.

By combining our voices and continuing to raise awareness, the natural beauty of the UK rivers, lakes and streams may once again become a familiar setting, providing refuge for local residents and encouraging natural wildlife to thrive in generations to come.

For more information about UKYFN, head to https://youthfornature.uk/to help support these campaigns and join our team.

We fully support the campaign work and aims of River Action UK.

Watch the UK Youth For Nature Dead in the water campaign video here.